‘We want to open!’: French shopkeepers revolt against orders to close. 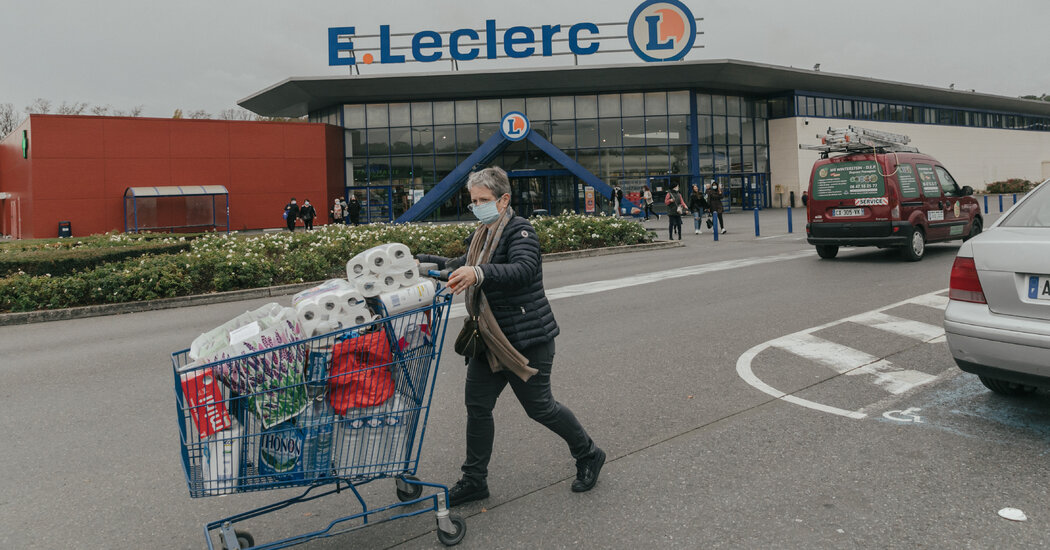 The order seemed simple enough: Close down restaurants, bookstores and other “nonessential” businesses. Let supermarkets, electronics chains and online retailers like Amazon keep operating so that consumers can work and shelter at home.

But in France such measures for the country’s second national lockdown, which started Friday, have ignited a backlash. Small businesses are revolting against what they say is unfair competition from dominant retailers — especially Amazon — that continue to sell items the shopkeepers can’t. Politicians and trade groups have joined the outcry, forcing President Emmanuel Macron’s government to come up with a new plan.

On Tuesday, the government announced its solution: Supermarkets such as the retail giant Carrefour must drape giant plastic tarps over items considered nonessential, including books, clothes, toys, flowers and even dishes, to put them off-limits to consumers during the monthlong lockdown. Since smaller stores can’t sell such items, the thinking goes, big stores shouldn’t be allowed to, either.

The order set off a fresh round of chaos.

“It’s a mess,” Michel-Edouard Leclerc, head of the E.Leclerc supermarket chain, wrote on Facebook on Tuesday. “In all the hypermarkets of France, thousands of products must be removed from the shelves in two days.”

As for Amazon, the French government isn’t imposing any restrictions. But Amazon France agreed to cancel its pre-Black Friday ad campaign after Agnès Pannier-Runacher, the minister for industry, called it “inappropriate at a time when 200,000 merchants are having to close their doors.”

The mayor of Paris, Anne Hidalgo, went further: “I’m really imploring Parisians: Do not buy on Amazon,” she said on French radio Monday. “Amazon is the death of our bookstores and our neighborhood life.”

France is already suffering one of the worst downturns in Europe. While the current lockdown is less stringent than the total confinement in the spring, it is expected to knock the economy into another recession after a mild recovery in summer, according to forecasts issued this week by the International Monetary Fund.