Trump camp projects confidence, despite some positive signs for Biden 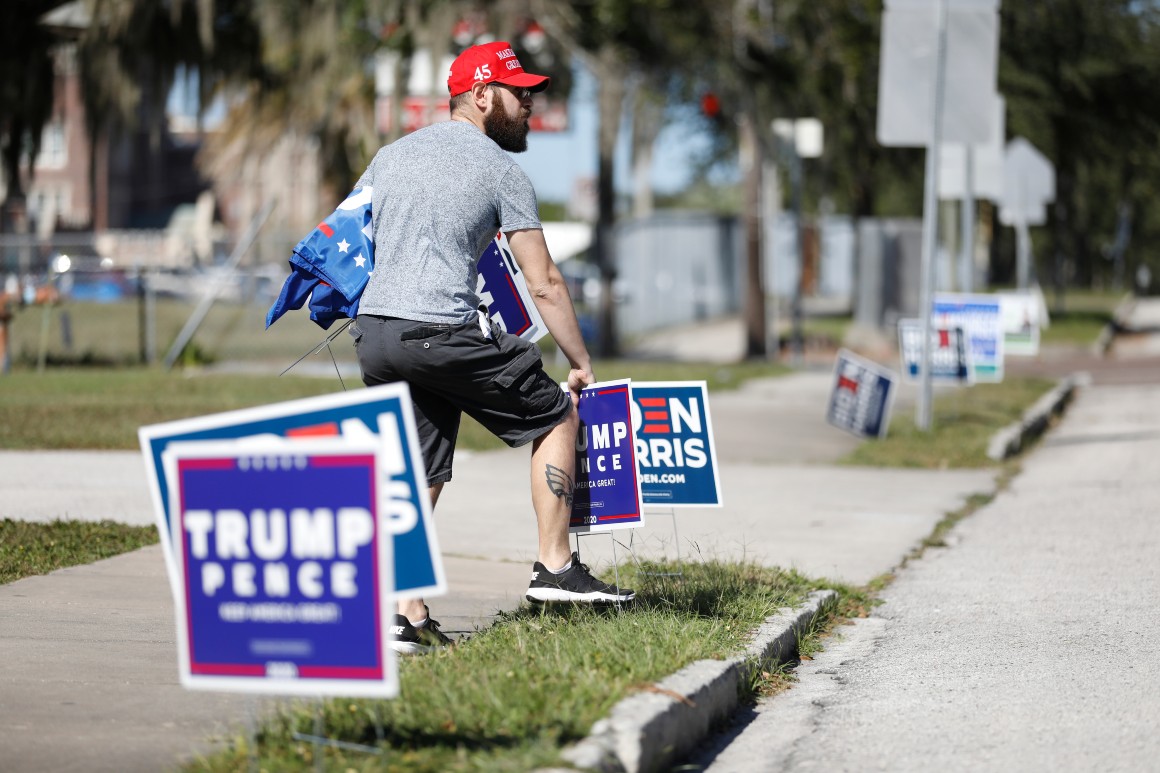 While turnout surpassed 2016 levels in some GOP-leaning counties by Tuesday afternoon, many counties that Biden is favored to win also saw record turnout. In Florida, for example, the Democratic stronghold of Broward County reached nearly 75 percent turnout by 5 p.m., up three percent from overall turnout levels in 2016. Youth turnout has also surged in the weeks leading up to Election Day, providing a likely edge to the Biden campaign given the demographic’s liberal skew.

The Trump campaign call came hours after President Donald Trump visited his reelection headquarters in the Washington suburbs for a brief pep talk ahead of what could be a long night without a decisive winner. Senior campaign adviser Jason Miller said the president, who did not have concession or victory speeches written as of Tuesday morning, has seen “spectacular” turnout in battleground Florida among Cuban Americans, Venezuelan Americans and Colombian Americans, and expects a significant share of the Black voter in Georgia.

“We believe this to be a tight race,” Stepien said. “It’s going to come down to turnout and we believe we are better positioned in that campaign. We are executing the plan we have been building the last four years.”

The president also spent the lead-up to Election Day barnstorming states his campaign previously said he would win with ease, including Iowa and Ohio, and states that have traditionally backed Republican candidates in modern presidential elections. On Sunday, Trump rallied thousands of his supporters in Georgia, a state no Democrat has carried since President Bill Clinton in 1992.

Should Florida and Pennsylvania, a state where the final tabulations are not expected Tuesday night, land in Trump’s column, Miller predicted the president would secure a second term with ease.

“You’re not going to magically be bad in Pennsylvania and Florida, but then way over-perform in Arizona and North Carolina and sweep the upper Midwest,” Miller said.