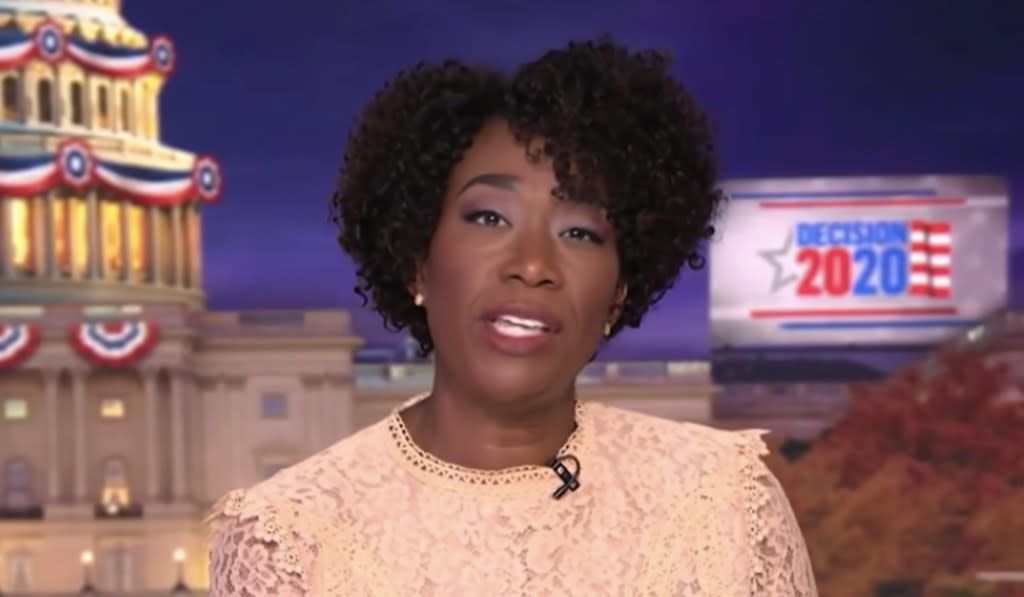 MSNBC host Joy Reid said Wednesday that “there’s a great amount of racism and anti-blackness” in the United States, as made evident by the close presidential race, which she called “disappointing.”

“I think partly because we knew the red wave was a thing, the red mirage, I should say, we all knew it was coming,” Reid told host Rachel Maddow. “In the moment, it’s aggravating. And I think partly, and I said this last night, I do think it’s because we’ve been reporting for five years, Rachel, about Russia … undermining our national security, the impeachment, the racism, the Nazis, all of it and then COVID laying on top of it, [it] felt like a repudiation was coming.”

“I think even though we intellectually understand what America is at its base, right?” she said. “That there is a great amount of racism, anti-blackness, anti-wokeness, this idea that political correctness is some scheme to destroy white America, right?”

She continued: “We know what this country is, but still part of you, I think part of your heart says, you know what, maybe the country’s going to pay off all of this pain, the children that were stolen with a repudiation. And as the night wore on and I realized and it sunk in, okay, that’s not happening, we are still who we thought, unfortunately.”

“It’s disappointing. And I emerged from this disappointed,” she added.

Reid’s diagnosis of the election is contradicted by exit poll figures, which show that Trump garnered a larger share of the non-white vote than any Republican presidential candidate since 1960. Trump expanded his margins relative to 2016 with black males and females, latino males and females, and gay voters; the only demographic in which he lost voters was white males.

Reid’s comments came late Wednesday after she had landed in hot water earlier in the day for calling Supreme Court Justice Clarence Thomas, “Uncle Clarence,” repurposing the “Uncle Tom” slur in reference to the justice.

Democrats have been disappointed as Trump has put up a stronger-than-expected fight, compared to what polls had shown ahead of Election Day. FiveThirtyEight, a website run by polling analyst Nate Silver, had heavily favored Biden, giving Trump just a 1-in-10 chance of holding the presidency. The president would need a bigger-than-normal polling error in his favor to win, Silver explained ahead of Election Day, “but the real possibility that polls are underestimating Trump’s support is why he still has a path to win reelection.”