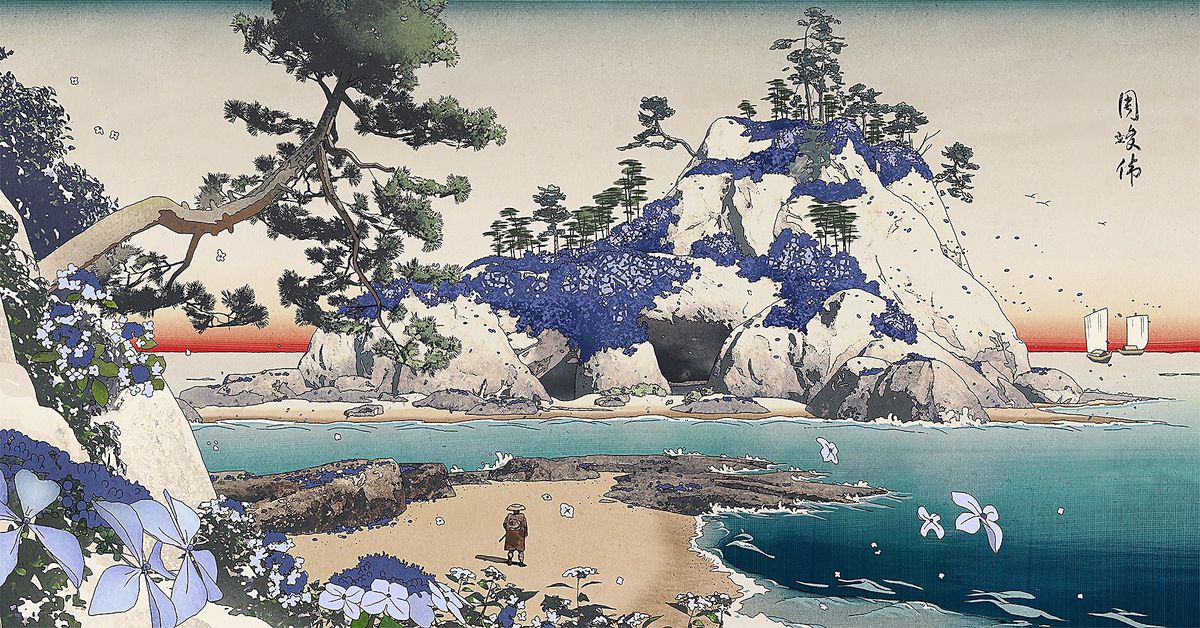 Sucker Punch Productions’ Ghost of Tsushima is one of the most visually breathtaking games of the last generation, making it a fitting swan song for the PlayStation 4 in the lead-up to next week’s launch of the PlayStation 5. Now, you can take some of the role-playing adventure’s most iconic scenes and frame them on your wall, thanks to a new partnership the studio formed with video game concept art store Cook and Becker.

The new six-print series contains a blend of visual styles, from traditional Japanese woodblock printing to Asian landscape-inspired painting. The prints, all giclée with white bordering, cost between $100 and $125, with options to have Cook and Becker frame the print in various material options for an added fee. (It’s usually much cheaper to buy your own frames, as professional framing like this can be quite expensive, but to each their own.)

Cook and Becker have a nice description of how Sucker Punch approached its concept art creation:

To pull off this adventure story, Sucker Punch Productions had to dig deep into the history of Japan, to recreate a true-to-life thirteenth-Century Tsushima island.

This meant understanding the interlocking aspects of the island’s geography, nature and inhabitants, often extrapolating ideas from an incomplete historical record.

Designers dug deep into the history of the so-called Kamakura Era, visiting Tsushima island for photo reference shots and criss-crossing Japan for museum exhibits that shed light on the era’s culture and history.

The concept art for the game reflects that. By means of bold color choices, distinct environmental themes and stunning landmarks like pagodas or villages the player is submerged in a fantasy that pays homage to the Japan of old.

It’s not clear how long the sale will last, as Cook and Becker typically does not disclose how long it intends to keep a collection live or what the terms of its license or partnership with a game studio are. For instance, the company’s license for thatgamecompany’s Journey expires at the end of the year, but the Journey collection has been available for years now. And Cook and Becker is still selling prints for a number of other first-party Sony games, like God of War and Horizon Zero Dawn.

That said, it’s a wise idea to put an order in earlier rather than later if you’re eyeing any of the prints, as orders with Cook and Becker, in my experience, can sometimes take weeks to months to arrive depending on production, framing choice, and other factors.