Perdue backs out of debate after being called a “crook,” Ossoff will face off against empty podium 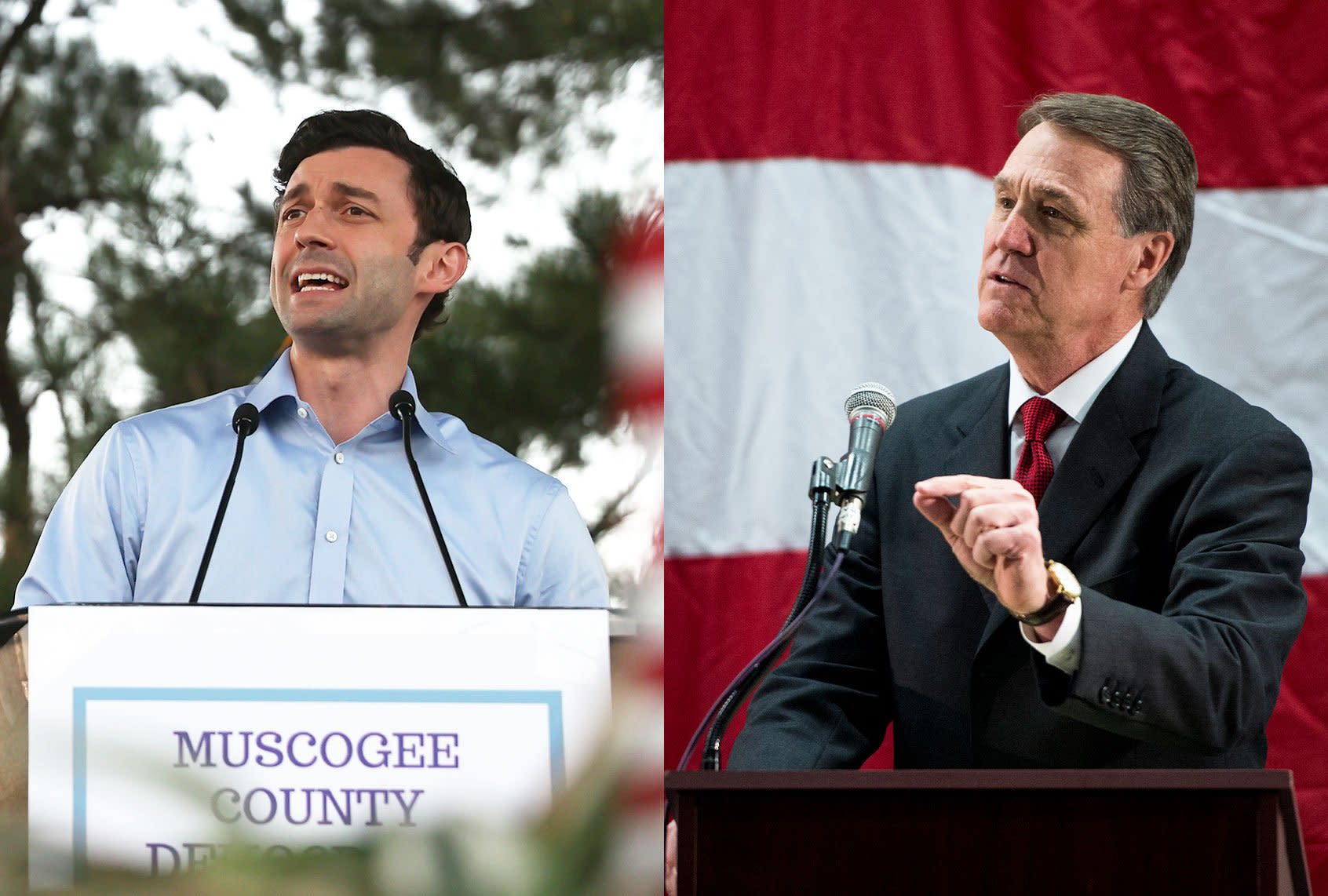 Democratic Senate candidate Jon Ossoff called Sen. David Perdue, R-Ga., a “coward” on Sunday for refusing to participate in any debates ahead of their January runoff election in Georgia.

Perdue will be “represented by an empty podium” at the Atlanta Press Club’s Dec. 6 debate, according to Georgia Public Broadcasting. The debate organizer said the move was not its “preference,” but Perdue had “decided not to participate.”

Sen. Kelly Loeffler, R-Ga., is scheduled to debate her Democratic challenger Raphael Warnock in Georgia’s other runoff race on Dec. 6, the Atlanta Press Club said. The two runoffs will determine which party controls the U.S. Senate for the next two years. Democrats will retain control of the House of Representatives as they reclaim control of the White House under President-elect Joe Biden.

Perdue likewise withdrew from his previously scheduled final debate with Ossoff before Election Day after a clip of the Democrat calling the incumbent a “crook” went viral.

“It’s not just that you’re a crook, senator. It’s that you’re attacking the health of the people that you represent. You did say COVID-19 was no deadlier than the flu. You did say there would be no significant uptick in cases. All the while, you were looking after your own assets and your own portfolio,” Ossoff said as he brought up the senator’s stock trades.

As the Associated Press reported, “Perdue was among a group of senators whose stock trades came under scrutiny. Perdue denied any wrongdoing, saying the trades were handled by outside advisers and that he was cleared by a Senate Ethics Committee investigation.”

After Perdue declined to participate in the Dec. 6 debate, Ossoff said, “Perdue isn’t just a crook — he’s a coward too.”

The Perdue campaign said the runoff was “an extension” of the Nov. 3 election, and “we’ve already had two debates.” It also accused Ossoff of “lying to Georgians on TV” as it criticized the state’s runoff rules.

“In nearly every other state, Perdue would have been re-elected already,” the campaign added.

Perdue edged out Ossoff by a margin of 49.7% to 48%, falling just short of the 50% threshold needed to win the race outright.

“This is one of the most consequential elections in Georgia history, unfolding amid a health and economic crisis, but it appears Sen. Perdue is too much of a coward to defend his record in a public debate. If Senator Perdue doesn’t want to answer questions, that’s fine. He just shouldn’t run for re-election to the U.S. Senate,” Ossoff said in response. “I offer the senator any or all of these six debates — if he has the self-confidence to debate in public.”

The debates between the two candidates were tense as Ossoff hit out at Perdue over an “anti-Semitic” ad which appeared to have enlarged his nose, as well as Perdue’s attempts to tie payments to Ossoff’s documentary production company from a Hong Kong telecom agency to “Communist China.”

After Perdue declined to participate in any subsequent debates, former Obama adviser David Axelrod said, “Given the beating that Perdue took in their last debate, this is no surprise.”

After calling out Perdue at the debate, Ossoff hit out at the senator for mockingly mispronouncing Vice President-elect Kamala Harris’ name.

“The most insidious thing that Chuck Schumer and Joe Biden are trying to perpetrate, and Bernie, and Elizabeth, and KAH-mah-la, or Kah-MAH-la, or KAH-mah-la or Kamala-mala-mala,” Perdue said during a Trump rally in Georgia. “I don’t know. Whatever.”

Ossoff said one day later that his campaign had raised $1 million “since my opponent disgraced himself with bigoted mockery of Kamala’s name at yesterday’s Trump rally.”

If Ossoff and Warnock win, Harris would have the tie-breaking vote in the Senate, giving Democrats control of the upper chamber.