Once Again, a Nation Cuts It Too Close for Comfort 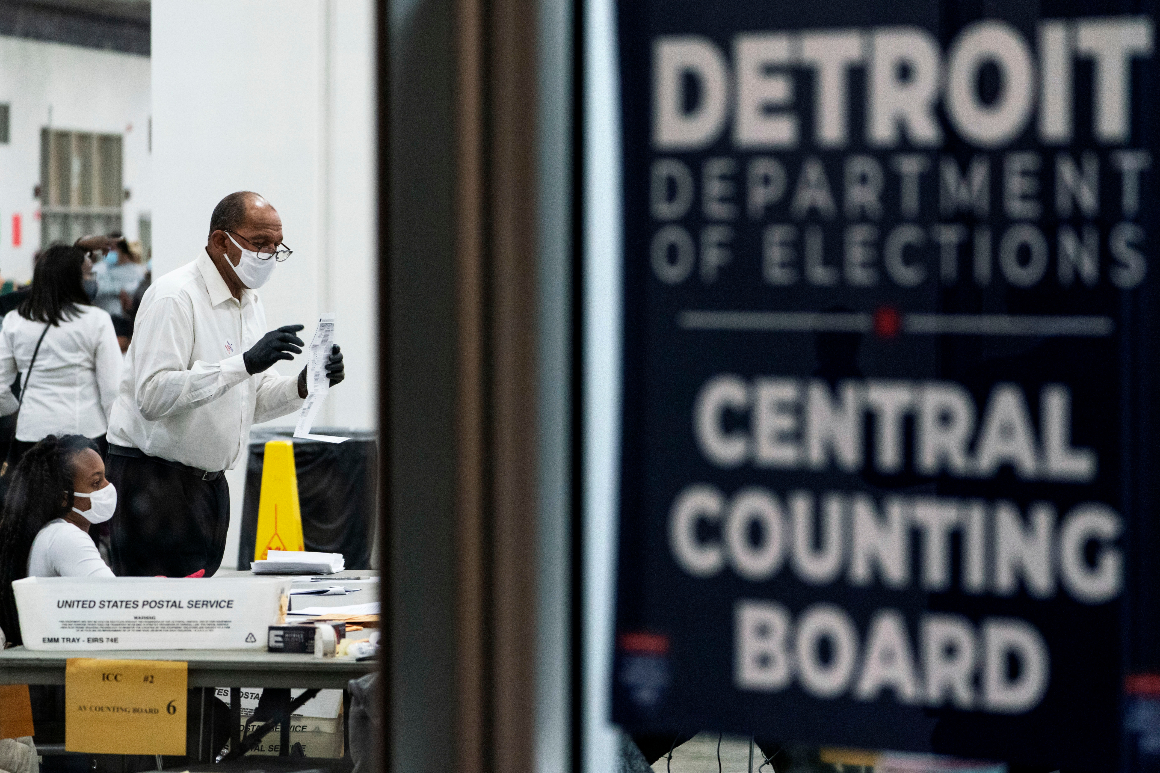 The country is, once again, cutting it close in a presidential election. As in: Very, very close.

Too close to declare a winner on Tuesday evening, and possibly for much longer. Too close to give genuine comfort to either Trump or former Vice President Joe Biden. Too close to avoid Trump’s charges, at a 2:30 a.m. White House appearance claiming “fraud,” without factual support, and vowing to go to the Supreme Court for help. Too close that American politics has turned a partisan or ideological or demographic corner in any decisive way.

Trump may be denied a second term but he has demonstrated beyond a doubt that he is leading a personality- and grievance-based movement that continues to have startling vitality—much more than suggested by pre-election polls and pundit forecasts.

Biden may yet achieve something that doesn’t happen often—just twice in the past half-century, and the last time 28 years ago—by denying an incumbent president a second term. But he won’t do it by riding some kind of inexorable blue wave. Nothing in the election results looks likely to infuse him suddenly with some new FDR-like aura. If he wins it will be because he was by a narrow margin a satisfactory vessel for the anti-Trump movement. If he loses it will be because he was just a shade shy of satisfactory.

“Keep the faith, guys. We’re going to win this,” Biden said in a brief appearance before supporters in Wilmington, Delaware, counseling patience while votes are counted.

This wasn’t false bravado. Biden does indeed have a path as credible as Trump’s to victory. But it was, as Biden said, an expression of faith more than a carefully modeled statistical projection.

By 1 a.m. Wednesday, Biden had not yet unambiguously succeeded in flipping any of the states that gave Trump 304 Electoral College votes over Hillary Rodham Clinton in 2016. He was running strong in Arizona, which Trump won in 2016, and Fox News alone among major news organization was forecasting a Biden victory. Biden still needs victories in the Upper Midwest, though was running behind on the vote counted so far in Wisconsin and Michigan, as well as the grand prize of the Mid-Atlantic, Pennsylvania. Biden’s hopes rest on the prospect that uncounted absentee votes—which in most states have been more heavily Democratic—will provide a Biden surge.

As CNN noted, in Pennsylvania, where Trump had an early-morning lead of over ten percent, only 16 percent of the votes counted so far were absentee ballots, while eventually the total vote will be an estimated 45 percent absentee ballots.

Biden ran more impressively than Clinton in some key states—Ohio and Texas chief among them—but in general these stayed in the Trump column. The president was likewise running ahead in North Carolina and Georgia but these had not been called.

If there wasn’t an unambiguous winner, there was a plain loser: It was the certitude industry, comprised heavily of pollsters, commentators, and journalists. “Why Biden’s poll lead is different than Hillary Clinton’s,” read an article on NBC’s site, explaining why a recent NBC/Wall Street Journal poll showing a double-digit national lead was deserving of respect, even though that poll had missed Trump’s victory. (The answer was that Biden’s support had crossed the 50 percent threshold.) No need to pick on NBC, whose analysis was representative. There was also the Washington Post¸ “Yes, Clinton also had a big lead in 2016 — but this isn’t 2016.” Uncharitable observers may even recall an author (umm, the same one you are reading now) who speculated that Trump’s situation last summer looked so dire that he might drop out to save face.

The assumption that 2020—a year rocked by pandemic and racial unrest—is markedly different than 2016 was hard to sustain as Tuesday turned to Wednesday. The differences, to the contrary, are matters of nuance. Yes, Biden improved margins in several key counties even in states he didn’t win—possibly a good sign for states that are still not called. Yes, minor differences will add up to something very large if they ultimately yield even a narrow Biden victory.

For the next few hours, or perhaps the next few days, or possibly even the next few years the story is continuity rather than disruption. This remains a country very narrowly divided between political tribes with worldviews that are very far apart.