Navalny Prepares to Fly to Moscow, Despite Threat of Arrest 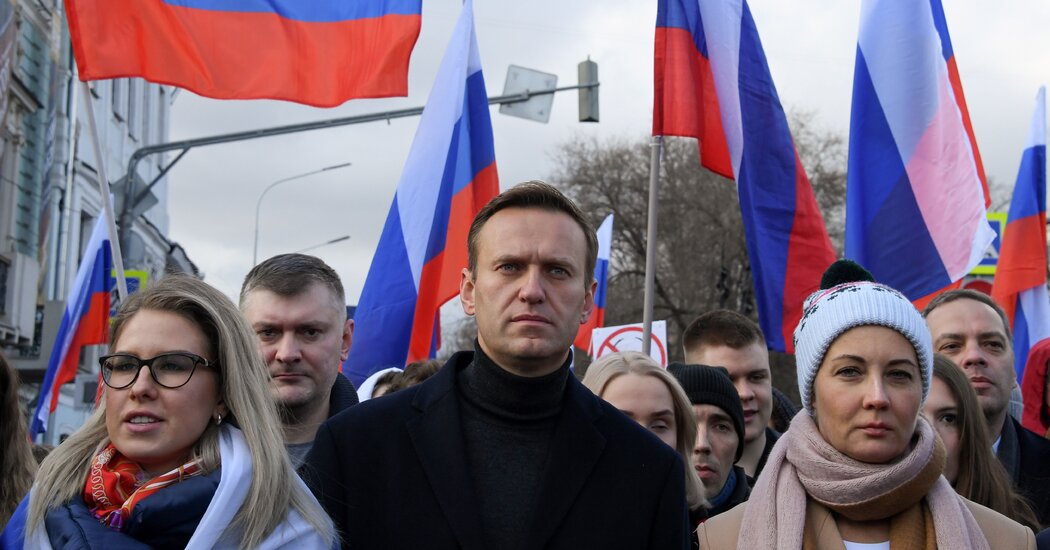 But analysts said that despite the bureaucratic drumbeat, the final decision over Mr. Navalny’s fate would be made in the Kremlin. In years past, the authorities have avoided locking Mr. Navalny up for longer than a few weeks at a time, apparently to avoid allowing him to become a locus of opposition to President Vladimir V. Putin while in prison.

Still, his prominence rose, along with Russians’ discontent. Mr. Navalny’s populist and tough-talking style, slick and humorous YouTube videos, and relentless derision of the “crooks and thieves” in the ruling class all struck a chord with Russians frustrated by corrupt officials and stagnant incomes.

The government barred him from running for president in 2018. But Mr. Navalny, who is 44, built up a nationwide network of regional offices and drew an online audience of millions for his video exposés of the hidden wealth and the foreign real estate holdings of the Russian elite. He exhorted Russians to use regional and local elections — even though they are not free and fair — to chip away at Mr. Putin’s power by supporting opposition candidates who had the best chance of winning.

Mr. Navalny fell ill from the poisoning in August, while returning from a trip to Siberia before elections there. He could be heard screaming in the airplane bathroom before he collapsed. The pilot’s quick emergency landing, and Mr. Navalny’s immediate treatment on the ground in the city of Omsk, most likely saved his life, his doctors later said. After a standoff, Mr. Putin agreed to let the comatose Mr. Navalny to be flown to Berlin for treatment.

In Germany, a military laboratory determined that Mr. Navalny had been poisoned by a chemical from the Soviet and Russian-developed Novichok family of nerve agents. Mr. Navalny regained consciousness and pledged to return to Russia, while blaming Mr. Putin for the attempt on his life.

In December, evidence emerged to back up that version. The research group Bellingcat, working with the Russian news outlet The Insider, used leaked phone records to show that officers from a secret Russian spy unit with expertise in poisonous substances trailed Mr. Navalny for years and were nearby when he was presumably poisoned.

Mr. Navalny then placed a call to a man he said was a member of the unit assigned to assassinate him and pretended to be a senior Russian official seeking to debrief him. In a video viewed more than 20 million times on YouTube, Mr. Navalny can be seen extracting a confession from the man, who describes a plot to plant the poison on the inside seam of the crotch area of the opposition leader’s underwear.