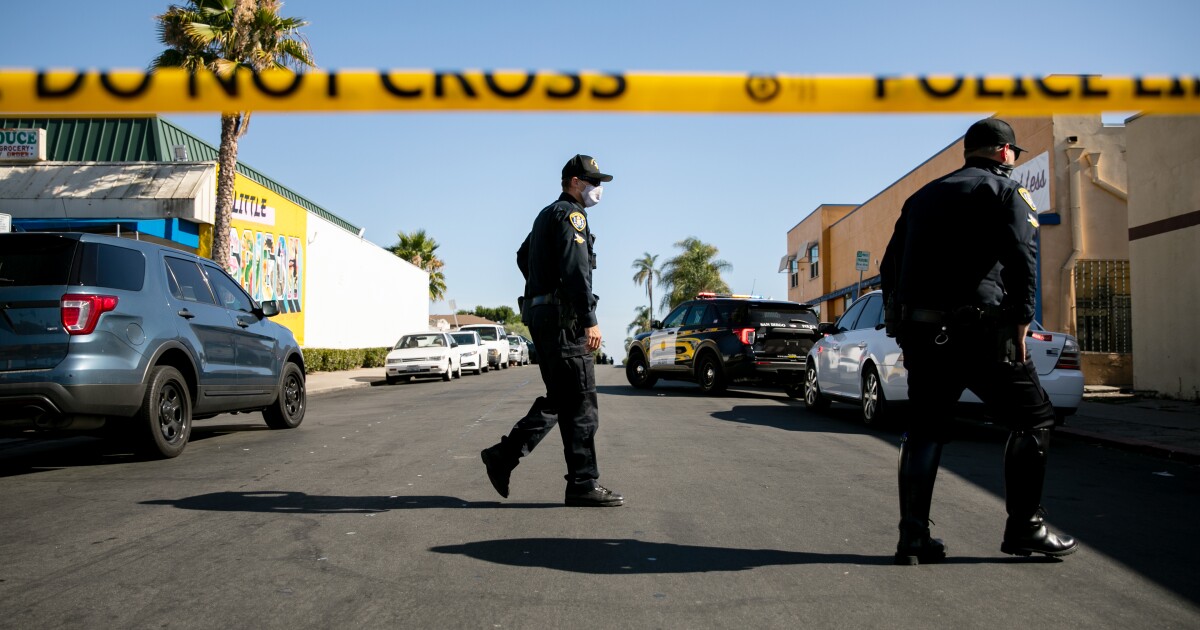 The measure that would dissolve San Diego’s existing police review board and create a new Commission on Police Practices was leading by a roughly 3-to-1 margin early Wednesday morning, according to early voting results.

Measure B needs a simple majority to pass, meaning it was almost assured of victory. If the measure had failed, the city’s existing Community Review Board on Police Practices would have remained in place.

“I’m absolutely ecstatic,” Andrea St. Julian, an attorney who authored the charter amendment proposed by Measure B, said Tuesday night. “We had tremendous support for our campaign … I have to say the results are not that different from the anecdotal evidence we saw during our campaign.”

If results hold and voters pass the charter amendment proposed by Measure B, the City Council must next pass an ordinance detailing the rules by which the commission would operate. The charter amendment provides a detailed framework, mandating that the commission and its outside investigators must investigate all police shootings and in-custody deaths.

The commission also would have discretion to investigate a wide range of officer conduct, including complaints; use-of-force incidents resulting in serious injuries; dishonesty related to reporting, investigating or prosecuting crimes; and allegations of inappropriate sexual conduct, physical assault or domestic violence by officers.

The commission would carry out its duties with its own staff, subpoena power and legal counsel independent of the Police Department.

The current review board does not conduct its own investigations and does not have subpoena power. It reviews investigations of shootings, in-custody deaths and certain complaints conducted by the Police Department’s Internal Affairs unit.

Measure B had looked likely to pass for several reasons, most notably because there was no official, registered opposition to the measure. Even the San Diego Police Officers Association remained neutral after negotiating minor adjustments to the proposed charter amendment in meet-and-confer sessions.

October polling showed the measure had 53 percent support and just 21 percent opposition, another indicator the measure would fare well in the election. And, although the charter amendment had been in the works for years, it happened to go up for a vote at a time when police oversight was a major issue in the wake of several high profile police killings and a summer of protests calling for police reforms.

St. Julian, who authored the charter amendment on behalf of Women Occupy San Diego, had touted the measure’s broad, grassroots, bipartisan support. She thanked voters Tuesday night, saying it was “wonderful” to see how much support San Diego residents had for the effort.

“We’re going to keep working to make sure that this new commission functions well and is beneficial to all San Diegans — community members and police officers, as well,” St. Julian said.

Nancy Vaughn, a member of the current Community Review Board, had opposed the measure, partly because she opposed the City Council having control of who would be part of it. According to the charter amendment, the City Council will appoint an executive director and all members of the board, and can only remove a member “for cause.”

Vaughn said she was “hugely disappointed” Tuesday night, and said the review board should have done a better job promoting itself and its work to the community over the years. But she said she’ll do whatever is necessary to “help make sure the commission gets off to a good start.”

Vaughn had also argued the all-volunteer Community Review Board — with just one paid executive and an annual budget of about $247,000 — was more fiscally responsible than the new oversight commission would be.

If passed, the new Commission on Police Practices could employ seven to 16 individuals, with an annual budget between $1.2 million and $2.6 million.