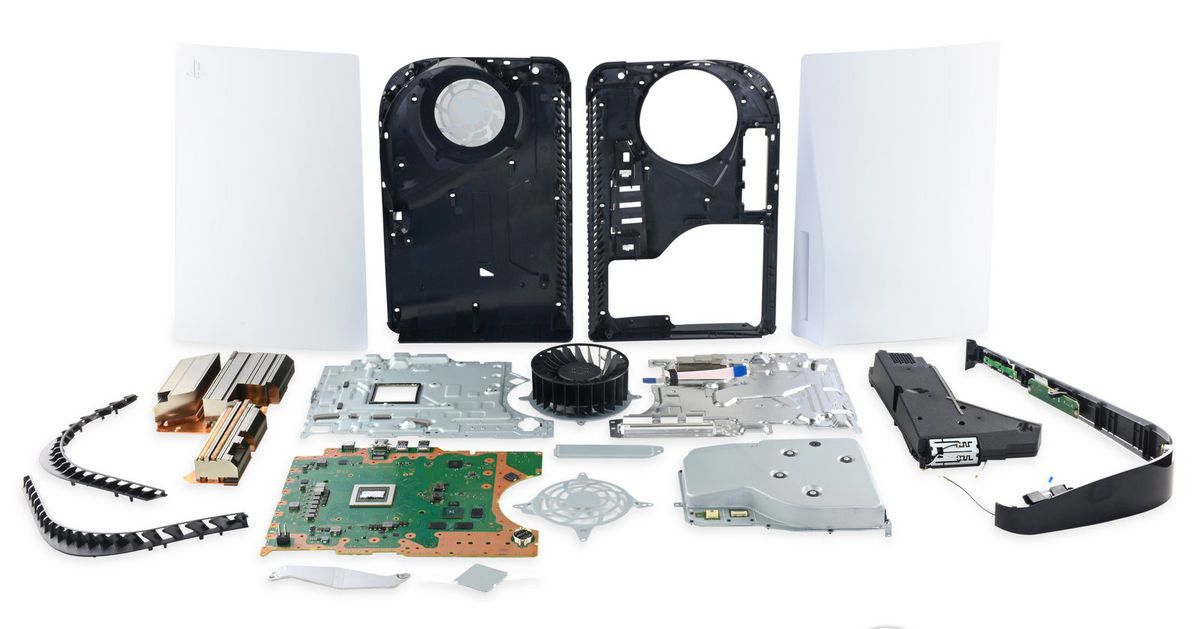 iFixit has released its teardown of the PlayStation 5 and its DualSense controller — and it goes into even more detail than the one Sony did earlier this year. The gadget repair company discovered that the console has a ton of screws holding it together, and that there’s a weird catch to replacing the optical drive.

It turns out that the optical drive is software-locked to the motherboard. The physical swap is apparently a piece of cake, but any replacement you put in won’t read disks, so if your optical drive fails you’ll be sending it to Sony. It’s a bummer, especially for me: I’ve had terrible luck with PlayStation optical drives, and the only drive I haven’t had to replace is the one on my PS4 (which was only a few years old when I sold it).

No sweat for the owners of the discless Digital edition, though — and as we’ve seen previously, adding an extra SSD is going to be easy when the console finally supports it: it only involves unclipping a single side panel and taking out a screw.

The teardown also provides an inside look at the power supply (above), which Sony didn’t show us before. As someone who’s dabbled in PC gaming, it’s always shocking to me when I’m reminded of the PS5 only has a 350W power supply (and it uses as few as 200 of those watts under load!)

Turning to the DualSense controller, iFixit found its battery is relatively easy to replace — which is good considering it still uses an internal Li-ion that’ll degrade over time. It’s also massive at 5.7 watt-hours, compared to the 3.7Wh pack in the DualShock 4. Those adaptive triggers and haptic feedback motors must be thirsty. We also get another look at the awesome screw drive that powers those adaptive triggers.

What I don’t see is an easy way to unhook the LEDs that surround the DualSense’s touchpad. This may be a niche thing, but I absolutely hated the light on the DualShock 4, and while the new one isn’t as annoying, I still wish Sony would let you turn it off or let screwdriver-handy gamers unhook it without so much fuss.

You can head over to iFixit’s teardown page to see far more photos. And if you want a feel for what taking apart the devices might be like (without risking what’s now effectively a $1,000 console), the company has provided videos of the teardowns that you can watch below.