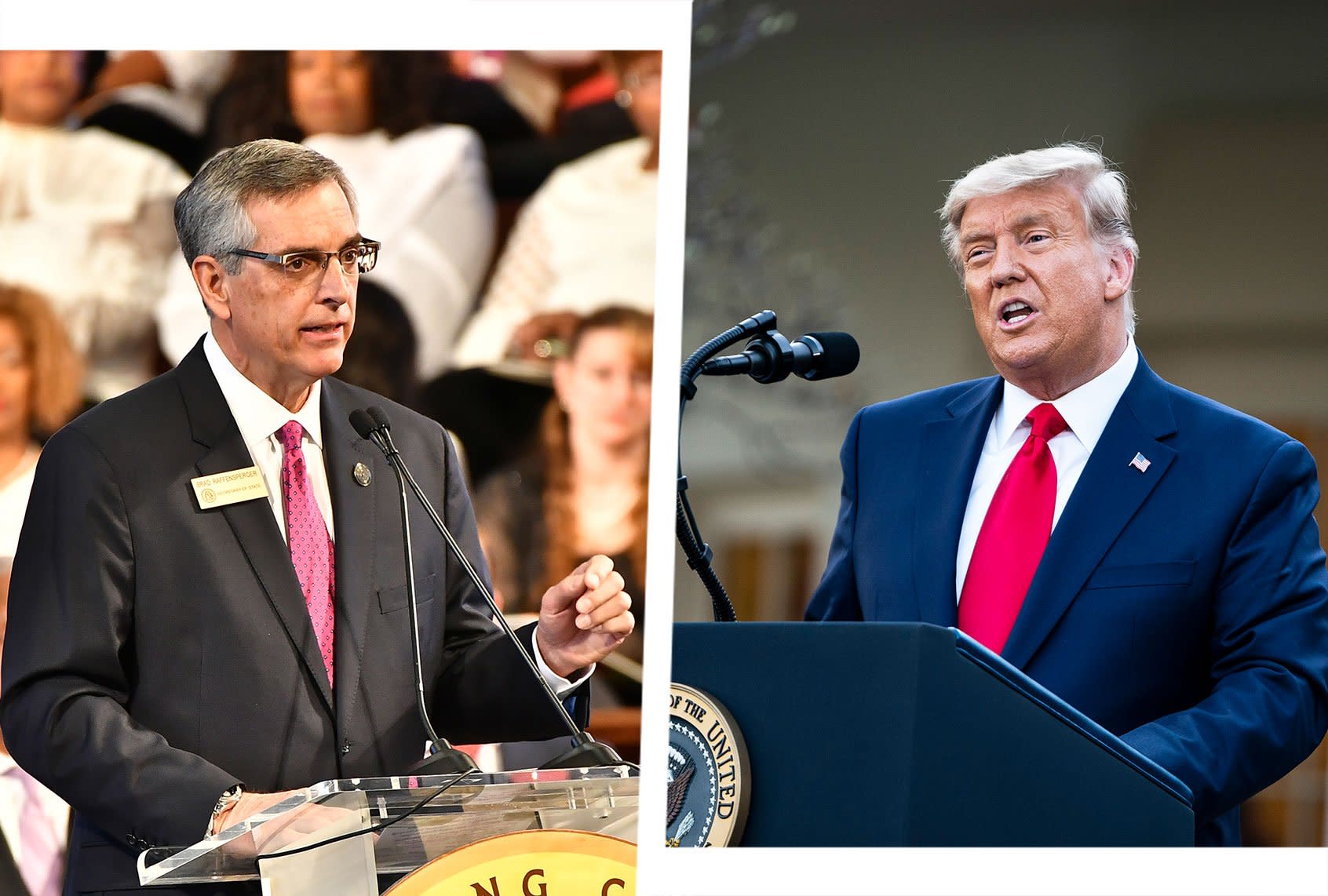 Georgia Secretary of State Brad Raffensperger on Sunday issued a surprisingly forceful rebuke of the election misinformation pushed by President Donald Trump and Rep. Doug Collins, R-Ga., who is leading the campaign’s recount effort in the state.

Raffensperger, a Republican whose election was endorsed by Trump, hit back at Trump’s baseless claims raising doubts about the integrity of Georgia’s elections by pointing out in a series of Facebook posts that he had repeatedly made it harder for people to vote. Raffensperger also called Collins was a “failed candidate” and a “liar.”

Trump falsely claimed that a consent decree signed by Raffensperger and backed by Republican Gov. Brian Kemp “at the urging” of Democrat Stacey Abrams made it “impossible” to match signatures on ballots. In a fact-check, Raffensperger clarified that the consent decree not only allowed election clerks to check signatures but also required them to be matched twice before a ballot is cast. (The Associated Press also deemed Trump’s claims about voter signature checks in the state “wrong.”)

“They knew they were going to cheat,” Trump alleged. Collins also labeled the signature matches a “sham.”

“Frankly, the secretary of state’s office has caused this problem to develop. They’ve been continually problematic in this, and I will continue to call them out and force them to do this,” Collins told the conservative outlet Newsmax. “The problem is we’re dealing in areas in which the secretary of state is setting the rules. We’re having to challenge him on the rules. They seem to be changing as we go . . . But these ballots will be counted, and we’ll see (that) those ballot counts.”

“Let’s address this disinformation about signature match.” Raffensperger wrote. “We strengthened signature match. We helped train election officials on GBI (Georgia Bureau of Investigation) signature match—which is confirmed twice before a ballot is ever cast. Failed candidate Doug Collins is a liar— but what’s new?”

Raffensperger also hit out at a lawsuit alleging that the consent decree was unconstitutional.

In another false claim, Trump alleged that poll “watchers and observers” had not been allowed into counting rooms. Raffensperger wrote that the state “placed responsibility of recruitment of monitors solely on both parties,” adding that any issues should be directed toward “your state party.”

Raffensperger also refuted an attempt by Trump to link the Dominion voting system, which is used by about half of states, to Venezuela. The company, Raffensperger wrote, is “American owned. America. ‘Merica. Not Venezuela.”

It was far from the first time that the secretary of state had to correct misinformation about Georgia pushed by Trump and his allies. Last week, Sens. David Perdue, R-Ga., and Kelly Loeffler, R-Ga., dubbed the recent elections in the state an “embarrassment.” The pair called for Raffensperger to step down, even though the lifelong Republican managing the state’s voting system dismissed allegations of fraud as “hoaxes and nonsense.”

Raffensperger refuted that there were any widespread problems with the votes, adding that his resignation was “not going to happen.”

“As a Republican, I am concerned about Republicans keeping the U.S. Senate,” he added. “I recommend that Senators Loeffler and Perdue start focusing on that.”

Raffensperger ordered a hand recount after President-elect Joe Biden defeated Trump by about 14,000 votes in the state. With the recount nearly completed, about 48 county officials said they finished “with either no change or minor shifts” like “differences of fewer than five votes,” according to Bloomberg News. Four counties reported no changes at all.