Florida is a battleground no more 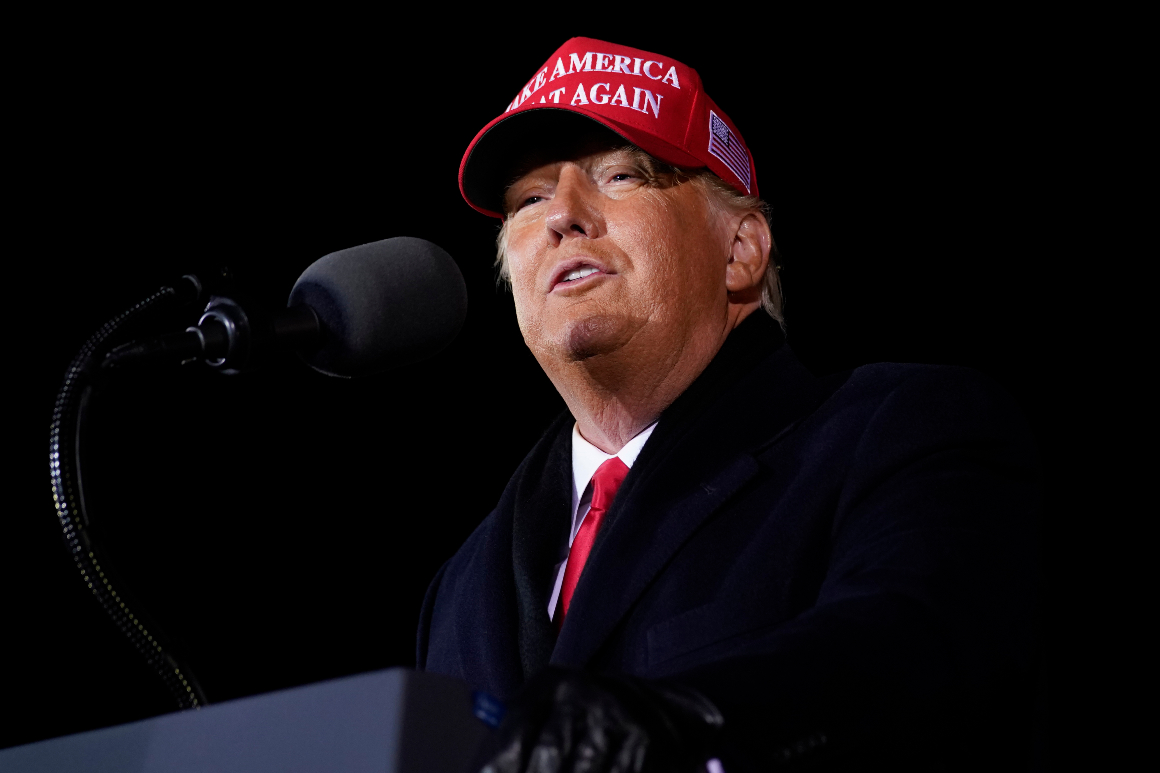 TALLAHASSEE, Fla. — President Donald Trump won Florida for a second time Tuesday night, riding a red wave that delivered stinging losses to Democrats down the ballot and put into question the state’s status as the nation’s largest battleground.

Democrats, already on defense in Florida, were overrun Tuesday. Two congressional incumbents fell to Republican challengers, and the party’s hope of cutting into GOP dominance in the state Legislature failed to materialize.

The losses were made even more painful because they were centered in Miami-Dade County, a Democratic stronghold with a diverse and politically complex electorate that state Democrats long have relied on to maintain any power and that Joe Biden needed to win.

Instead of the Hispanic community delivering Florida to Biden, it turned to Trump, who had used the Black Lives Matter and defund-the-police movements to paint his opponent as extreme.

Miami-Dade Democrats had sounded the alarm about Biden’s standing in the county, but were ignored by campaign officials who thought that the loss of the Cuban American vote there could be made up elsewhere with white voters.

“It’s proof positive Democrats couldn’t rebut the socialist attack and that the Biden campaign just didn’t know what it was doing,” said Alejandro Miyar, a Biden donor and Democratic strategist from Miami.

Elsewhere, Biden did well with suburban communities, the elderly and military voters. But Trump countered those gains with his showing among Hispanics and rural Florida residents, said Matthew Isbell, a Democratic data cruncher who had raised red flags about Biden’s chances in Miami.

“Dade is a bloodbath,” Isbell tweeted 30 minutes after polls closed. “Florida will go for Donald Trump. I’m calling it.”

Democrats were defeated in four of five statewide races in 2018 and have held no power in Tallahassee, the state capitol, for nearly three decades.

“This is Trump country,” said state Rep. Blaise Ingoglia, a former chair of the Republican Party of Florida. “It’s time to start thinking about taking Florida out of the toss-up column. We’re red.”

Democrats’ hopes, meanwhile, were bolstered by high turnout in Miami-Dade and Broward counties, where they needed to run up big margins to overcome late Republican gains.

Biden’s team had decided that they needed a 78 percent turnout in Miami-Dade to survive the Republicans’ more than 200,000-vote advantage on Election Day itself.

But there was concern among Miami-Dade Democrats. Biden hadn’t spent enough time in the community, due largely to the coronavirus pandemic, and Democrats were too closely associated with Black Lives Matter demonstrations that included protesters waving flags bearing the likeness of Cuban guerilla leader Che Guevara, a man widely seen by Miami’s Cuban exile community as a symbol of brutal tyranny.

“We must have gotten obliterated by Hispanics,” said one Miami Democrat who was reeling from the party’s terrible showing in the county Tuesday night. “We came out strong for BLM and then saw the Hispanic push back and went lukewarm and got killed.”

Defund-the-police campaigns rising from the left also hurt the party.

Echoing other Miami Democrats, Miyar, the Democratic strategist and Biden donor, said Biden aides stiff-armed seasoned Cuban American operatives who knew the terrain from their experience with Barack Obama’s campaigns. He said former Miami Mayor Manny Diaz, former Congressman Joe Garcia, and pollster and consultant Fernand Amandi, to name a few, weren’t tapped for their expertise and struggled to get the campaign to listen to their advice.

Florida Democratic Party Executive Director Juan Penalosa, too, was sidelined, Miyar said, and his request for more field programs was nixed by the Biden campaign for reasons that weren’t explained.

“Juan knows what he’s doing,” Miyar said. “It’s befuddling how many weren’t brought into the fold.”

By 1:30 p.m. Tuesday, Republicans statewide had banked a nearly 125,000-vote advantage–about 1.2 percentage points — giving the party another shot of momentum.

Throughout the day, the Republican lead continued to widen, peaking at nearly 380,000 votes around 9 p.m, according to the Florida Division of Elections.

By mid-afternoon, the conservative Gulf Coast community of Collier County reached nearly 88 percent turnout, and turnout in nearby Lee County was more than 78 percent, including nearly 47,000 people who showed up on Election Day.

In central Florida’s Sumter County — home to The Villages, a conservative mega-retirement community — turnout was nearly 88 percent by election night.

“After watching Democrats during vote by mail, this is our period to run up the score,” Republican Party of Florida Vice Chair Christian Zeigler said Tuesday afternoon. “Republicans are flooding the polls for Trump today.”

Biden had his own wins, just far too few of them.

He took Duval County, home to Jacksonville and a longtime GOP stronghold, with 51 percent of the vote to Trump’s 47 percent. Democrats won the county for the first time in decades in 2018, but Clinton lost it by roughly 6,000 votes in 2016.

Biden also eked out a 1,000-point win in Pinellas County, a state bellwether. Trump won the county by less than 1 percentage point in 2016.

He flipped Seminole County with 50 percent of the vote after Trump won the Orlando suburb in 2016.

For most of the summer, Florida was one of the world’s worst coronavirus hot spots. Worried about the risk, the Biden campaign pushed state Democrats to end traditional voter outreach efforts, such as door knocking.

That roiled some party leaders, who said the move could cost them the state. Relief arrived in September when former New York Mayor Michael Bloomberg stepped up to fund a South Florida voter outreach program, including $1.5 million to knock on as many as 20,000 doors a day to turn out Black and Hispanic voters.

“Florida reminds me of what Missouri was back in the day. They would call it a swing state. Money would get dumped in over and over and Democrats always lost,” said one Democratic consultant. “Eventually, you are close but no cigar and lose your swing-state status.”