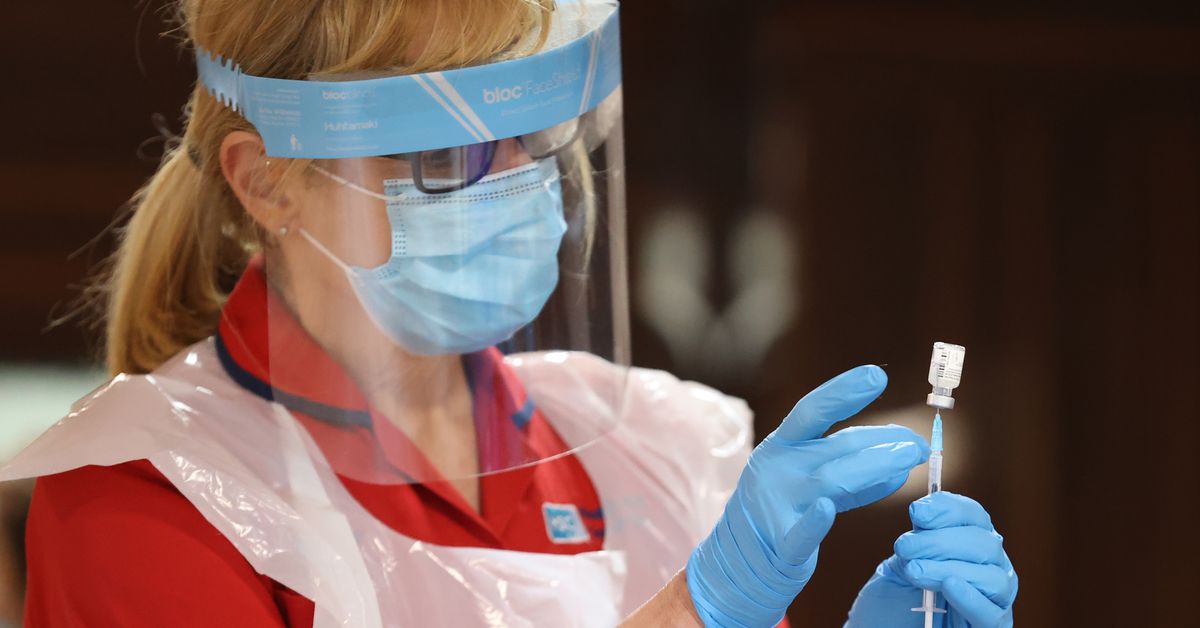 The Food and Drug Administration has authorized the use of a COVID-19 vaccine developed by Pfizer and BioNTech, a landmark moment in the fight to suppress a virus that has killed nearly 300,000 people in the United States and sickened tens of millions around the world.

“Today’s emergency use authorization of the Pfizer-BioNTech COVID-19 Vaccine holds the promise to alter the course of this pandemic in the United States,” Peter Marks, director of the FDA’s Center for Biologics Evaluation and Research, said in a press release.

The vaccine is authorized in the US for people over the age of 16. It was found to be 95 percent effective at preventing symptomatic COVID-19 in clinical trials. “That is extraordinary,” Anthony Fauci, director of the National Institute for Allergy and Infectious Diseases, said in a press conference at the end of November. It’s far better than experts had dared hope for. The FDA was prepared to authorize a vaccine as long as it was at least 50 percent effective. “We were shocked,” Pfizer’s chief executive officer, Albert Bourla, told The New York Times. “We couldn’t believe it.”

The shot appears to protect people against the most severe forms of the disease. It is also highly effective in people over the age of 65, who are particularly vulnerable to COVID-19. Scientists will continue to monitor the vaccine after it’s deployed to see how well it works in the real world.

Scientists will continue to monitor the vaccine after it’s deployed

The news of the clearance comes at the same time that the FDA has faced public pressure from the White House to authorize the vaccine. Chief of Staff Mark Meadows told Stephen Hahn, the commissioner of the FDA, to resign if the vaccine was not cleared by Friday, the Washington Post reported. The agency had originally planned to complete the authorization by Saturday. On Thursday, an independent committee said it recommended authorization.

The Pfizer and BioNTech vaccine has already been authorized by regulatory authorities in the United Kingdom, Canada, and Bahrain.

The authorizations of this vaccine, which have come less than a year after development began, shatter the record for the fastest vaccine developed. The record was previously held by the mumps vaccine, which took four years.

Researchers were able to condense the normally years-long vaccine development process into months by, among other steps, shortening the time between clinical trial phases and scaling up manufacturing of potential candidates as trials were ongoing. Companies did not skip steps in the safety testing process, though. The FDA said that it needed to see two full months of safety data on any COVID-19 vaccine because that’s the window when most dangerous side effects could occur.

The vaccine will be made available under an Emergency Use Authorization, a designation that lets the FDA make products available during an emergency situation when there are no other options available. The process lets the agency sidestep some of the more lengthy regulatory steps it usually needs to formally approve or license a pharmaceutical. It typically takes the FDA a full year to review vaccine data once it’s submitted by companies. For this emergency authorization, that was condensed to a few weeks; Pfizer and BioNTech submitted their data on November 20th.

The Pfizer and BioNTech vaccine is made from a gene-based technology that’s never been used before in an authorized vaccine for people. It contains a tiny bit of the genetic material for the coronavirus spike protein, which the virus uses to enter cells. The body builds that spike protein from the genetic instructions and then generates defenses against it. The Moderna vaccine, which the FDA’s vaccine advisory committee will review on December 17th, also uses this technology. The platform is another reason why the vaccine was developed so quickly — once researchers have the genetic sequence of a virus, it’s relatively easy to design a gene-based vaccine to attack it.

Now starts an equally daunting task: distributing the vaccine and vaccinating people. Pfizer’s vaccine has to stay at ultracold temperatures, which makes shipping it around the country and the world more challenging. Doses of the vaccine will also be limited through the start of 2021.

Health care workers and residents in long-term care facilities will be the first to receive the vaccine, and doses could be administered within days. Other high-risk groups, including older adults and people with underlying health conditions, will likely be next in line. On the most optimistic timeline, vaccinations for the general population could start in March or April, but hospitals say that some of those timelines seem unrealistic.

The US has purchased 100 million doses of the Pfizer and BioNTech vaccine, enough to vaccinate 50 million people. The Trump administration reportedly declined an offer to secure an additional 100 million doses this summer. Although the US can acquire up to 500 million more doses, the rejected offer means they may not be available until the summer.