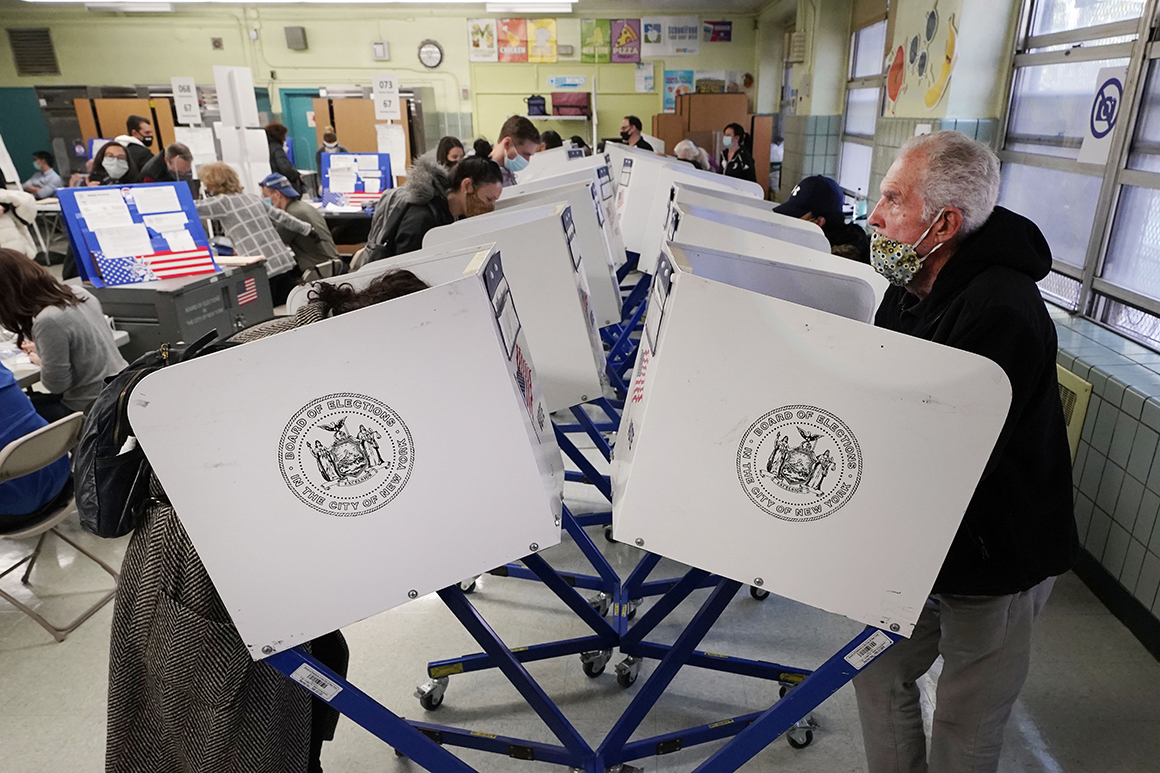 That could be due in part to a higher-than-usual proportion of voters casting ballots by mail or in person before Election Day in an effort to avoid crowded polling places amid the coronavirus pandemic. It could also stem from polarization within the electorate.

According to the early exit polls, nearly 8-in-10 Trump voters mainly voted for the president out of enthusiasm for him, compared to 14 percent who called their vote mainly a vote against Biden.

Biden voters were more split, with around 3 in 10 characterizing their choice as a vote against Trump, while close to two-thirds said their vote was mainly for Biden.

Despite Trump railing repeatedly against voting by mail, Postal Service delays and the president’s unfounded assertions the process was “rigged,” the vast majority of voters in at least one battleground state appeared convinced their ballot would be counted.

In Arizona, a red state Democrats are hoping to flip, 86 percent of voters expressed confidence that their votes would be tallied accurately.