Even if Trump loses, DeSantis is a winner 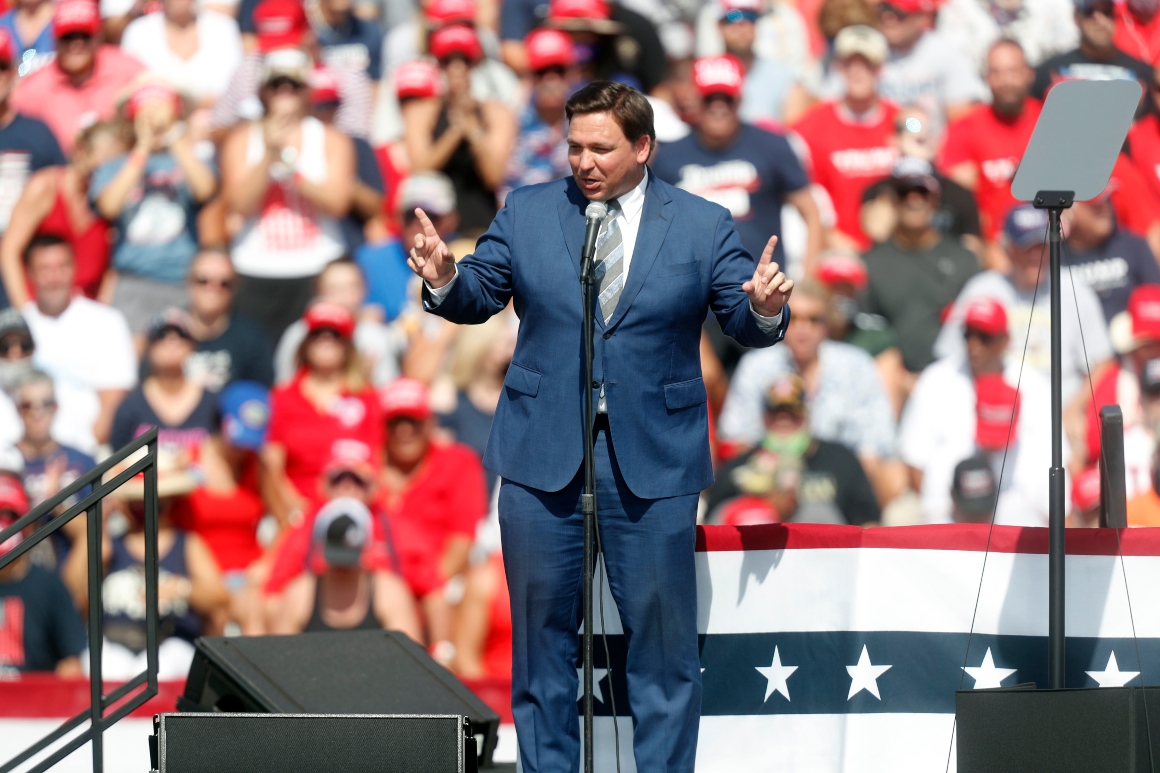 TALLAHASSEE — He wasn’t on the ballot, but Florida Gov. Ron DeSantis on Tuesday became one of the big winners of the 2020 presidential race.

The Donald Trump ally helped deliver the president’s must-win state and in the process cemented his own legacy as a leading “Make America Great Again” luminary.

And he might avoid the dicey prospect of running for reelection on the same ticket as a White House incumbent during a midterm after the president’s reelection was thrown into doubt this week.

“Florida’s results bode extremely well for Gov. DeSantis even in the unfortunate event that President Trump loses,” said state Rep. Byron Donalds, a Republican who was elected to a southwest Florida congressional seat Tuesday. “I think it lays the foundation for the governor’s reelection. I don’t see a Democrat on the horizon who is going to have an alternative who is better for Florida.”

In the run-up to Election Day, DeSantis raised money for the president, campaigned on his behalf, attended rallies and walked in lockstep with Trump on the coronavirus pandemic, advocating for school and business reopenings.

Another Trump ally — Rep. Matt Gaetz — contrasted Florida’s results to those in Arizona, where Biden has a narrow lead.

“What a difference a popular governor makes,” the Panhandle Republican said in a text message.

Polls have shown DeSantis’ popularity waning since he took office in 2019 and recently put his favorability at less than 50 percent.

Nick Iarossi, a Tallahassee lobbyist and DeSantis fundraiser, said that as Election Day approached, there was speculation that if Trump lost Florida, DeSantis would be blamed for not doing enough.

“I hope those same people are just as eager to share some credit with the governor for President Trump’s dominant win,” Iarossi said.

Another plus for DeSantis is the relatively smooth way the election was run in a state mocked for its many failures.

On Wednesday, the governor met briefly with reporters to bask in the outcome, which he said should forever expel the legacy of past elections, including the 2000 recount.

“Perhaps 2020 was the year we finally vanquished the ghost of Bush vs. Gore,” said DeSantis, referring to the epic election legal battle that ended only when the U.S. Supreme Court halted recounts in Florida.

DeSantis, whose meteoric rise to governor was boosted by a Trump endorsement ahead of the Republican primary, was viewed as a potential 2024 candidate for president even before Tuesday.

The governor brushes aside the speculation, but has said he will gear up a 2022 reelection campaign shortly after this year’s contests. He would enter that race with a tremendous fundraising advantage — his political committee is sitting on nearly $8 million, state campaign finance records show.

DeSantis won election on a thin margin — he collected about 32,000 more votes than his Democratic rival Andrew Gillum — and after taking office he sought to moderate his image by pushing for spending on environmental programs and teacher pay.

But during the pandemic he fell into sync with the Trump White House and pushed back against people calling for a mask mandate and extended school closures.

In the days leading up to Tuesday, DeSantis appeared frequently on Trump-friendly media outlets and at Trump rallies.

On Monday, he told conservative talk show host Mark Levin that the media was “the most divisive force in our society.” On Wednesday, again peacocking his MAGA bona fides, he criticized Fox News for calling a Biden victory in Arizona relatively early.

The big question for DeSantis is whether he campaigns two years from now with Trump still in the White House or with a Democratic president whose allies will be eager to take him out.

Sen. Rick Scott already showed that having an opponent in the White House can be useful.

Scott’s political career ascended and was maintained due to his relentless haranguing of former President Barack Obama on everything from health care to Cuba.

Miami Beach Mayor Dan Gelber, a Democrat who spent time in the Legislature, said DeSantis is “stronger with Trump.”

But Gelber said that DeSantis, if he runs again, will be scrutinized for his record as governor, not his connections to the president.

“His record, especially his record on dealing with this virus, is going to have to be judged on its own merits,” Gelber said in a text message.