Angler got an up-close look at a ‘monster’ lionfish. By spearing it, he set a record 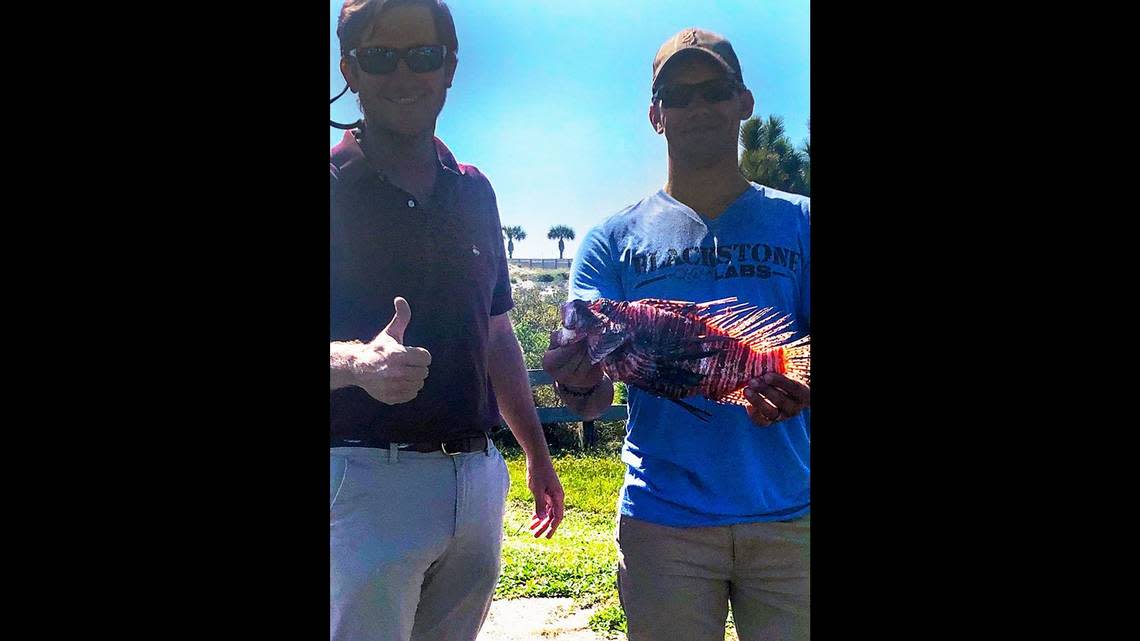 While spearfishing for red snapper off the coast of Destin, Florida, Donald C. Vautrinot saw something that not only got his attention, but also helped him grab the Gulf of Mexico record, Florida Fish and Wildlife Conservation Commission said in a news release.

“I saw a monster lionfish and immediately knew I wanted to measure it,” said. “I got really excited because I knew the Gulf record was around 18 inches but I didn’t know exactly and we didn’t have a cell signal to check it out there.”

Vautrinot’s fish was officially measured by the Okaloosa County coastal resource and came in at 18.19 inches and became the new Florida state record for longest lionfish caught in the Gulf, the release says.

However, while Vautrinot beat the Gulf record, he was just short of beating the Florida record, which is held by Joshua Falkner with his 18.78 inch-lionfish caught off Escambia County.

The removal of lionfish, a native to coral reefs in the tropical waters, are encouraged by the Florida Fish and Wildlife Conservation Commission since they are an invasive species that are primarily fish-eaters and have “few predators outside of their home range,” NOAA Fisheries says.

“Lionfish feed on prey normally consumed by snappers, groupers, and other commercially important native species, NOAA Fisheries said. This means their presence could negatively affect the well-being of valuable commercial and recreational fisheries.”

They also put stress on coral reefs, which are already “struggling from the effects of climate change, pollution, disease, overfishing, sedimentation, and other stressors. This has led to the listing of seven coral species in the lionfish-infested area,” NOAA says.