An English soccer star extends his efforts to feed children in need, as the government does nothing. 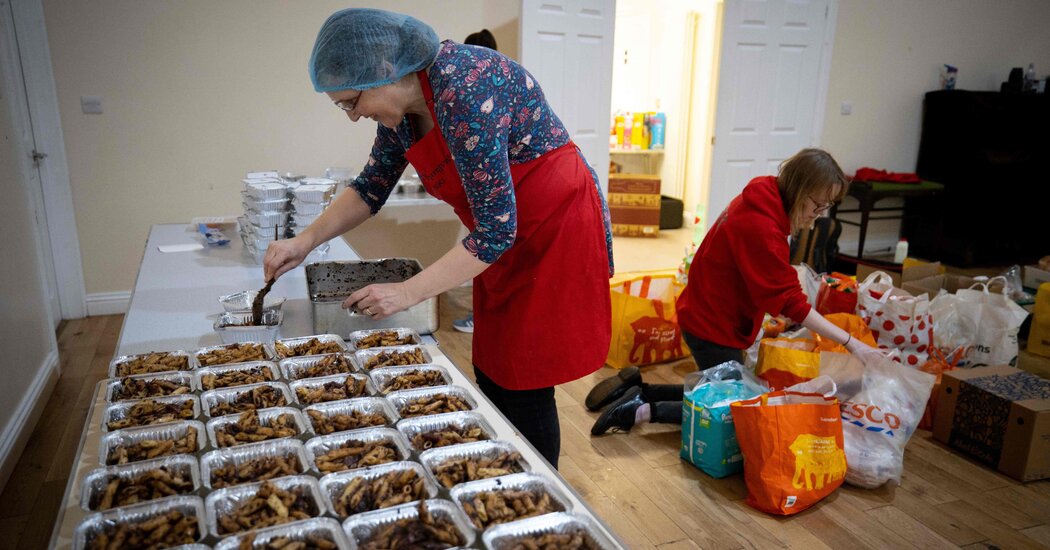 The English soccer star Marcus Rashford launched a campaign earlier this year to provide free meals to children who need them, an effort that emerged after widespread disapproval of the way Prime Minister Boris Johnson was handling the impact of the pandemic.

England is expected to go back into lockdown again on Thursday in an effort to contain the spread of the virus, and only essential shops will remain open, putting many families under economic strain. Despite this, the government has refused to extend a free school lunch program for eligible students to cover fall break and the school vacations at Christmas and Easter.

During the first lockdown, Mr. Rashford, a 23-year-old forward on Manchester United, introduced a campaign to donate food for the 1.5 million children in England who qualify for free school meals. With schools closed to prevent the spread of the coronavirus, he said, those children were missing out on what may have been their most reliable source of nourishment. He had received free school meals as a child, he said, so he knew how valuable they were.

In June, Mr. Rashford forced the government — which had initially refused — into an embarrassing turnaround that led to an extension of the program over the six-week summer vacation.

When asked to further extend the program for another six months, the government refused, despite a public petition that gathered more than a million signatures. It was not long before dozens, then hundreds and, finally, thousands of businesses, large and small, volunteered to plug the gap the government had left.

Mr. Rashford has illustrated the scale of the problem to thousands who might not have grasped it otherwise. His Twitter feed has recently been little more than a list of businesses, small and large, offering free school meals or programs to help alleviate hunger. He barely mentioned the three goals he scored for Manchester United in the Champions League last week.