A Riveted World Waits to See What’s Next in America 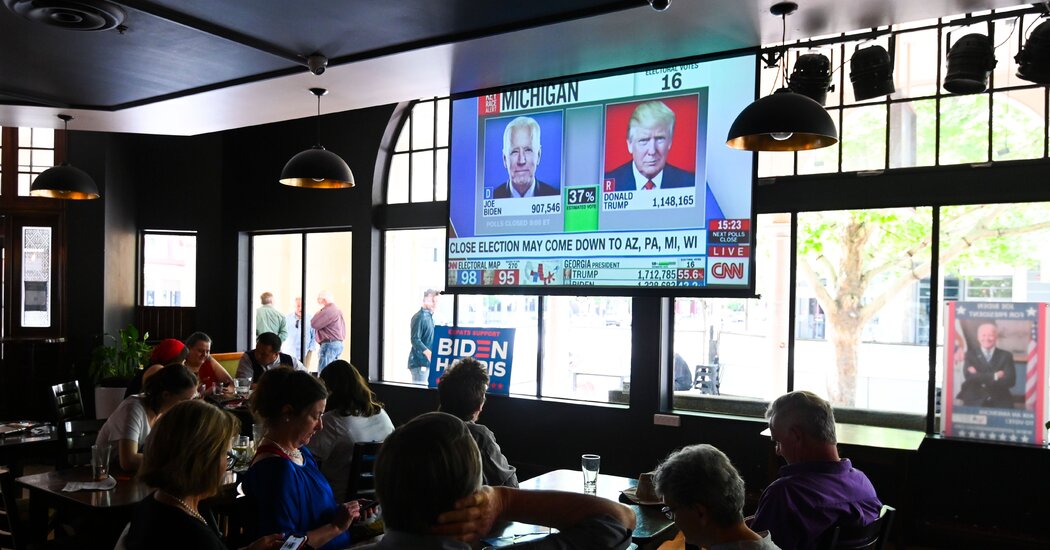 In another post, he said, “Coming from the PHILIPPINES, I’m like ZERO PERCENT SURPRISED by how TIGHT this RACE is!”

In Singapore, there was a sense of “helplessness” watching the election, said Eugene Tan, a professor of law and a political analyst at Singapore Management University.

The United States plays a significant role in the stability of Southeast Asia, he said, and there are concerns that a second Trump term, with perhaps an even more inward-looking disposition, could produce a “seismic change to the balance of power that’s been longstanding in this part of the world.”

“We still tend to regard America as a flag-bearer of democracy, and seeing how an election outcome is going to be challenged, how people believe there’s going to be violence, society is going to be more fractured, I think that has been quite eye-opening for many in Singapore.”

While the gravity of the election was evident in news coverage around the world, in Japan it came with a bit of whimsy, intended or not.

On Asahi TV, the hosts explained the Electoral College by using large puzzle pieces of battleground states imprinted with electoral vote counts, affixing them to photos of the candidates. A vote counter on the bottom of the screen showed images of the candidates reacting to increases in electoral counts: Mr. Trump was pictured with his mouth agape, hands waving on either side of his face, in an exuberant “Home Alone” pose. Mr. Biden appeared with a soberly hoisted fist.

At another point, Asahi rendered swing states in flames. A correspondent on TBS, another network, seemed to report from a Sims version of the Oval Office. And Fuji TV displayed a vote counter with illustrations of the candidates that seemed more like characters in a Nintendo game, or bobbleheads, than depictions of the two men vying to lead the free world.