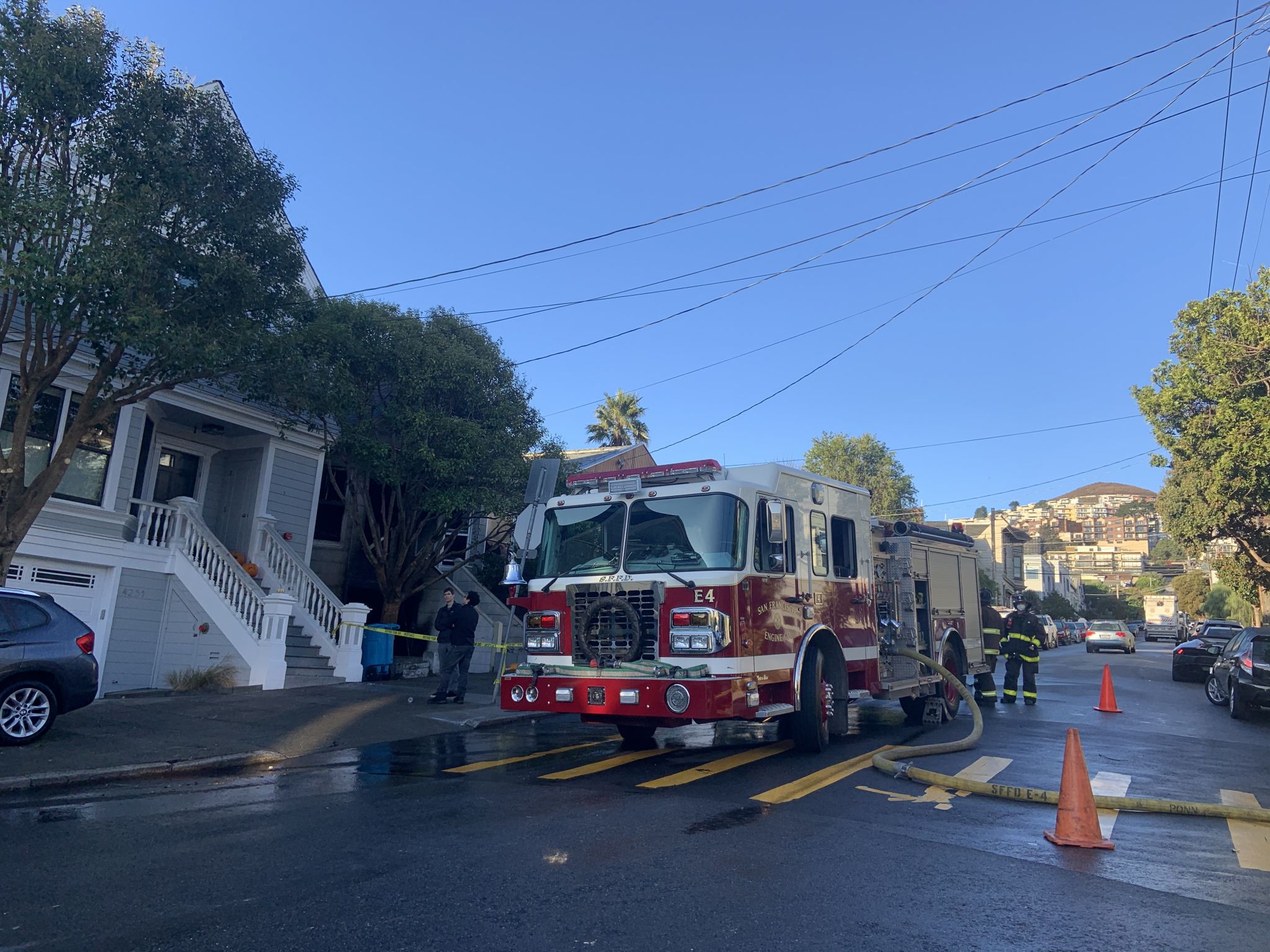 Information on the Citizen mobile app, which sends safety alerts to nearby users, said the fire started in the garage.

One firefighter was injured in the incident, but is expected to recover. Six adults have been displaced.

Lt. Jonathan Baxter said in a live feed posted on the Citizen app that four homes were impacted, including two homes with minor damage, a two-story home with major damage, and a three-story Victorian with extensive damage in the upper floors.

On Wednesday morning after 7:30 a.m., an engine was still on the block with crews cleaning up.