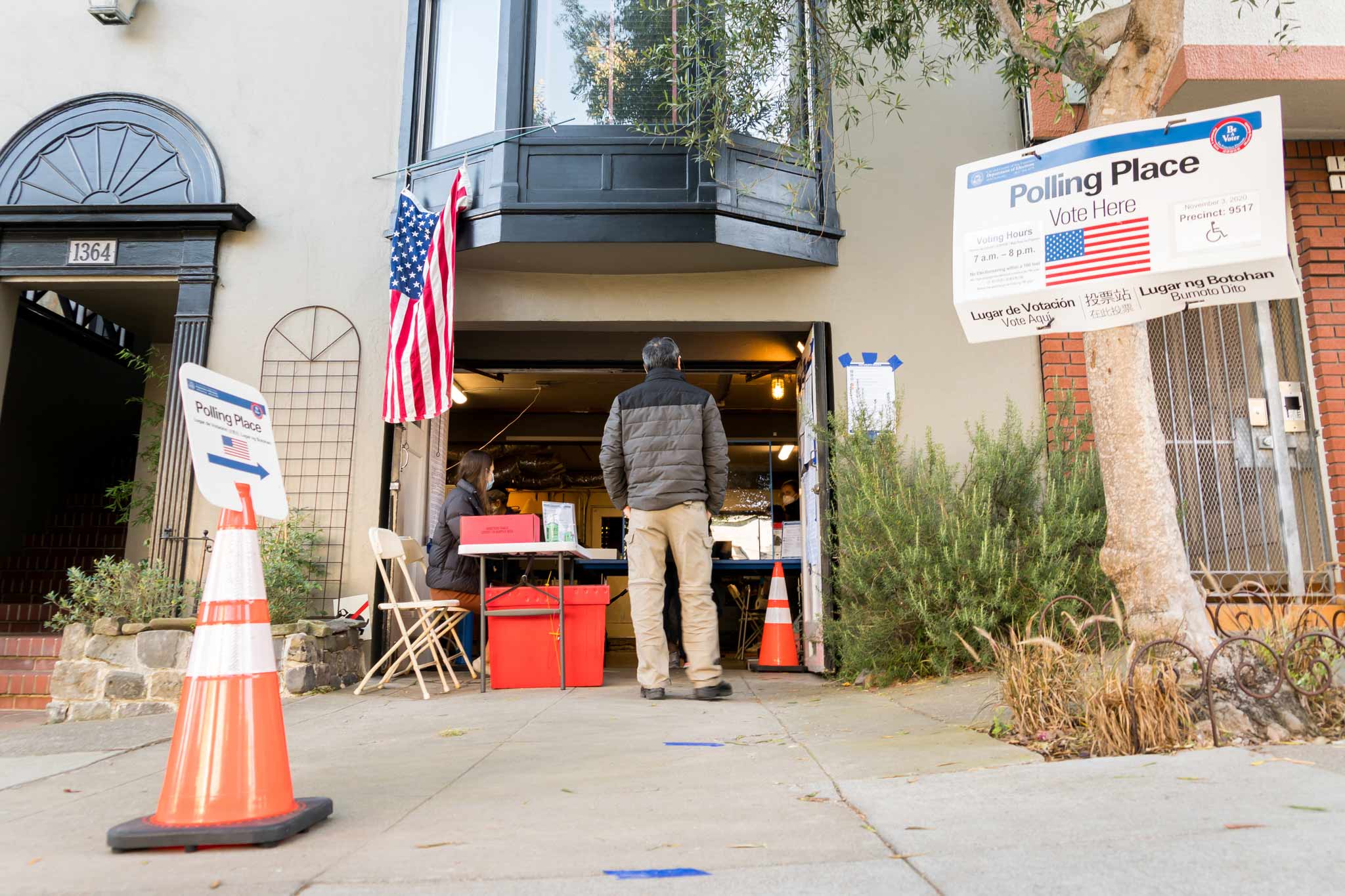 Today, 190 garages across San Francisco have been converted into polling stations. Tucked into the city’s patchwork of neighborhoods atop hills and at the bottom of valleys, these garages — some cluttered, others immaculately clean and all unique — offer residents easy access to voting in person or dropping off their ballots close to home.

Stepping inside one is a San Francisco tradition that many look forward to on Election Day, and the residents who host these polling stations see the opportunity as an honor.

“Being in someone’s personal space and seeing polling booths squeezed in next to ceiling-mounted bikes and cluttered work benches really personalizes the voting process,” S.F. resident Leslie Harlson, who has both voted in S.F.’s garages and volunteered in one as a poll worker in 2012, wrote in an email. “It is a reminder that the voting decisions we make affect our neighbors and this civic duty is an obligation we have as members of our neighborhood community.  It helps connect what can sometimes be abstract (making marks on a paper) to the community our voting decisions impact.”

“I think it has been a really great experience as we have two girls,” said Govier. “I think it’s important for our young children to learn. It gets them excited about the election and teaches them that your vote matters, it does count.”

Govier said the opportunity to host came up when a neighbor who had long done the service for the community retired. Elections officials were walking up and down the street and knocked on her door to ask if she could turn over her garage in the next election.

“At that stage, I wasn’t excited about it,” she said. “My garage was full of so many things. But they were saying how it was really important to have these polling stations, so it’s easy for everyone in the city to be able to vote. Now, I feel really lucky we can do it.”

John Arntz, the director of San Francisco’s Department of Elections, doesn’t know when the tradition of garage voting began, but he imagines it has “probably been since the city began conducting elections.”

Residents can submit an online form to be considered as a polling station, and Arntz said the main requirements are that your site is accessible and provides at least 300 square feet of space.

This year, amid a pandemic, the polling places will be set up a little differently to ensure safety. There won’t be any bowls of Halloween candy, for one thing.

“Ballot boxes will be located outside of the voting area (not necessarily outdoors) so that people dropping off vote-by-mail ballots don’t need to enter the voting area,” Arntz wrote in an email. “Each polling place will have poll workers acting as ‘greeters’ to remind voters to socially distance, provide masks, gloves, hand sanitizer, and to direct voters who are dropping off ballots.”

Many expect fewer people to show up for in-person voting at the garage polling stations this year as the city, along with the rest of the country, has seen a record number of people vote early.

“We don’t know how the turnout at the polls will be tomorrow,” said Arntz. “Currently we’ve received 322,000 ballots which represents a 62% turnout.”

Glen Park resident Missy Mastel is hosting a polling station for the first time today. She signed up in 2018, but was told by the Department of Elections that there wasn’t a need in her neighborhood that year. Many people host polling stations year after year, and it can be decades before there’s a need for a new polling station in a neighborhood.

“I thought it was something we could do for our civic duty,” Mastel said. “It’s about caring about other people … it’s about demonstrating that other people matter regardless of their personal opinions.”